Will Baby Name Generators Take Over?

When a woman finds out that she’s pregnant, it’s a very exciting time for her. Baby names are one of the most commonly discussed topics during this time. In some families, it’s tradition to have the baby inherit the name of their parents or grandparents. Others want to give their baby an original or uncommon name, so they turn to foreign names. This trend towards originality inspired a student from Stanford University to create a baby name generator.

If you’re in the process of choosing a name for your baby, you shouldn’t forget that your child will carry this name their entire life. A name is very important. It can potentially affect your child’s psyche and also their entire life. Just think back to when you were still a child in school and you’d come up with rhymes for names just to make fun of your classmates?

Is there a naming restriction?

If you don’t want to traumatize your child, you should keep in mind that their name should always fit their surname. If you don’t choose the right combination, your child could potentially be made fun of by their peers or get stuck with a nasty nickname. The name should also be easy to pronounce. Of course, the legislations of most countries in the world limit the kinds of names people can give their children. These naming laws exist to protect children from being given embarrassing or offensive names.

Globalization has had an effect on almost everything in our lives, including the names we give our children. Even children in non-english speaking countries (for example in Slavic countries) may carry such names as Mia, Zoe, Noah or Damon. Usually, all the parents need to do is to prove that the name they’ve chosen for their baby truly exists and is used somewhere in the world. So a mom in Slovakia can give her daughter the name Apple, following the example of actress Gwyneth Paltrow and singer Chris Martin. However, if she wanted to translate this name into Slovak (Jabĺčko), the law wouldn’t allow her to do so because such a name doesn’t exist.

In the US, Sophia was the most popular girls’ name of 2016, while in the UK it was Olivia.

The tradition of inheriting names

Despite ever-increasing globalization, family traditions are still a very strong factor when it comes to children’s names. Some families carry the tradition of first-born children inheriting names from their parents or grandparents, which continues for generations. In noble families, it was tradition to name the first son after his grandfather, the second son after his godfather, and the third son after his father. The same rule applied to girls and their grandmothers, godmothers, and mothers.

Names used to be an indicator of one’s roots, whether they’re from the city or from the countryside. In the 80’s of the 20th Century, certain names were associated with certain professions. The name Elizabeth, for example, is a common name in the medical field.

Many people look for original and uncommon names for their children. In their search, some may turn to names generated by name-generating software! Andrej Karpathy, a Ph.D. student at Stanford University, came up with a similar idea. He compiled a list of eight thousand common baby names and allowed his software to play around with them, which resulted in a collection of entirely new names. 90% of them were unique names that were never used before. Some of them are pretty interesting, such as Alessia, Tile, Dynae, Chasty, Janin, Sanny, Tarine, Stachon, Herbett, Dorane, etc. Andrej’s idea inspired Adam Loving to create a generator of his own, one that would create names for startup companies.

Experts say that giving your child a new and original name may boost their creativity. A child with a unique name might feel unique, too. According to Adam Alter at New York University, it’s a self-fulfilling prophecy that begins with a unique name and leads to unique thinking. He claims that if one feels different, they will also act differently than others.

Homeschooling Isn’t for Everyone 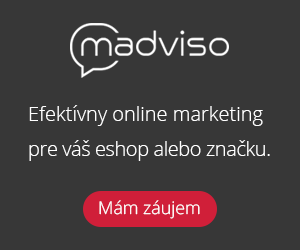